Skeleton are one of many races occupying the Poxnora universe. Skeleton are found exclusively on the Forsaken Wastes faction, although some of the champions have Ally: Savage Tundra. Skeleton is a primary Race, and also a theme on its own, one of the most flexible. Though the corner stone of the theme is the ability Boost: Skeleton, most battlegroups can be build in different ways and take the most advantages of different kind of synergies between their different abilities. Given their sheer number, there is quite a lot of variety on class and damage type, although, as with most PoxNora champions, the most common is Damage: Physical.

Xulos is a Hero with the race: Skeleton, and the second in charge of the Forsaken Wastes, after Serkan. Apparently, according to the lore and rune art, Xulos have his base of operations in a cold place, hence many champions have some relation directly or indirectly with cold related abilities.

The following Abilities, Spells, Relics, Equipment use the term Skeleton:

Table of all Skeleton Augment 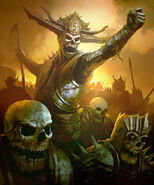 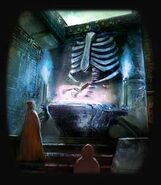 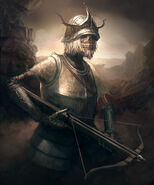 Add a photo to this gallery

Retrieved from "https://poxnora.fandom.com/wiki/Skeleton?oldid=15260"
Community content is available under CC-BY-SA unless otherwise noted.