Cone abilities such as Frost Cone, Acid Bomb, and Magical Bomb target a particular square and affect all squares within a certain radius (commonly radius 2). However, they will not hit the champion that used the ability (even if it's in this area).

Cone abilities are particularly good for damaging more than one champion at a time, as long as they are sufficiently close together, especially champions from Ironfist Stronghold, as Area of Effect spells get reduced by their Faction Bonus.

Cone abilities are on the attack chain, usually costing 1 more AP than an attack, but do not count as attacks for most abilities (including Block, Enrage, Deflect and others). However, a cone hitting multiple targets will boost Fury and Violent for each hit.

Cone abilities also ignore defense as well as Reflexes and Evasive, which means they are inherently good for damaging champions with high defense or other survival abilities. 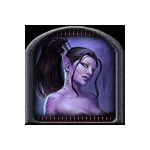